This book takes a dark spin on the tale of Captain Hook. The story is written from the perspective of a lost boy, the first of many, who went from Peter Pan’s number one to enemy we all know as Captain Hook. Although things may not be what they seem. Before he was a ruthless pirate, he was Jamie, the boy who was the first, the boy who took care of the rest, the boy who befriended Peter Pan. His love for Peter was so strong and pure, that is, until Peter betrays him. Now he must decide between Peter and the island, and the rest of the lost boys. The lost boys don’t stand a chance against Peter and his carefree, childish, and demented ways. Their only hope is to truly believe in Jamie, and hope that Peter doesn’t catch on first.

This book was beautifully written and shares a lot of characteristics to the original tale. The way the author brings the Crocodile, Fairies, mermaids and even how Hook loses his right hand! This story is brutal, filled with bloody adventures and dark secrets. This book is a very similar style to the classic “Lord of the Flies” written by William Golding. A tale of boys, alone on an island, a true test of survival. I would highly recommend this book to anyone who loves reading dark stories or fairy tales.

Hello and welcome, We are Lucas and Faith. Our goal is to inspire people to cherish all the little moments, explore our beautiful world and give back to their community. Here, we will we take you on our journey and share our little moments, favorite quotes, recipes and more! 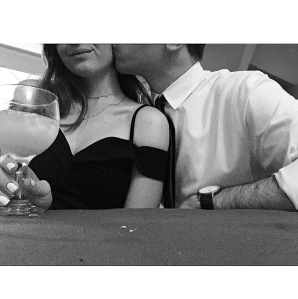